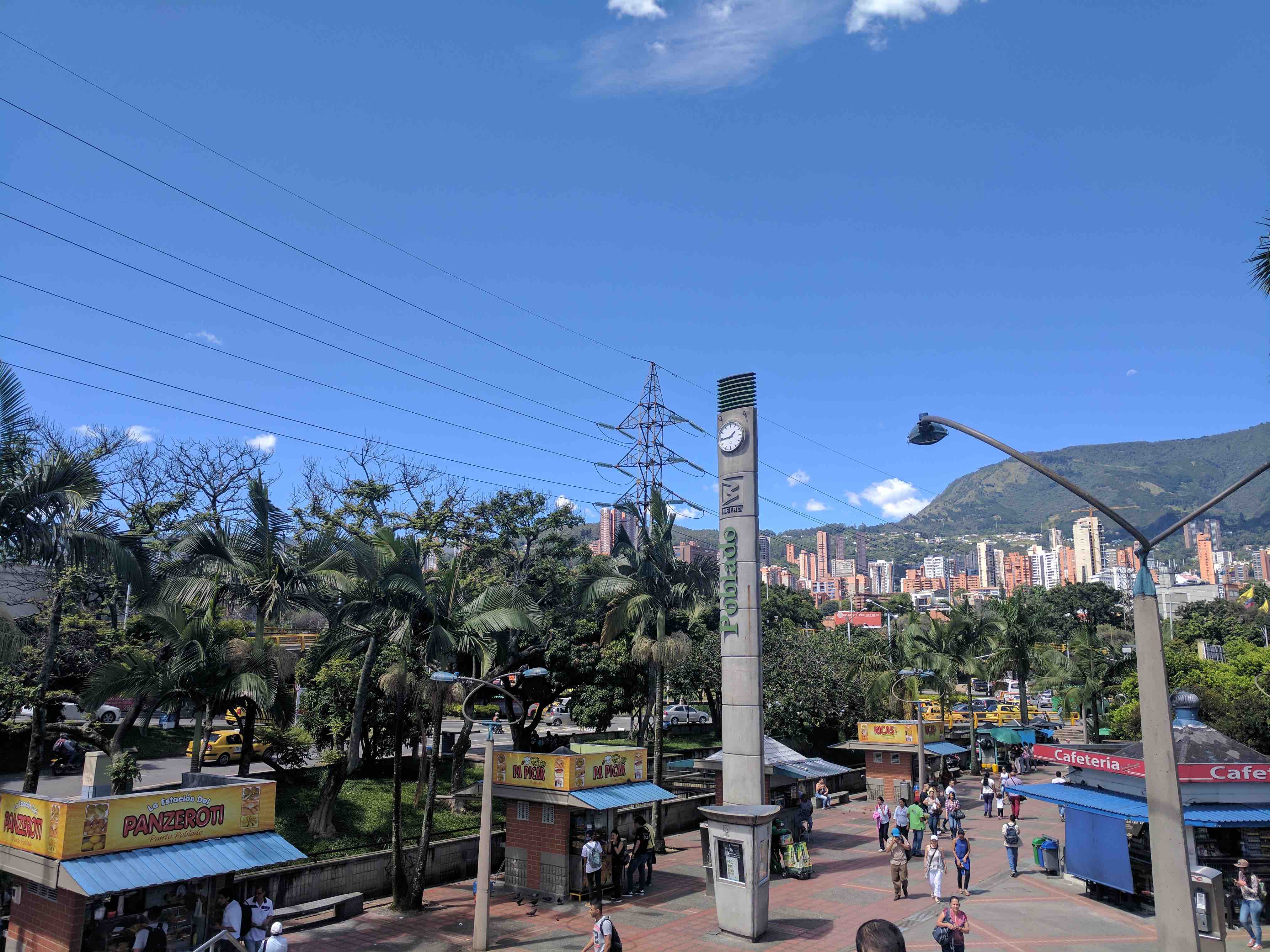 The next week, I went to the city centre tour. We got there by taking the metro at Poblado station, the nearest station to us. All locals I met are very proud that Medellin is the only city in Colombia that has metro systems. The price for a one-trip ticket is 2,000 Colombian Peso (around 5 CHY, or 0.68 USD.) 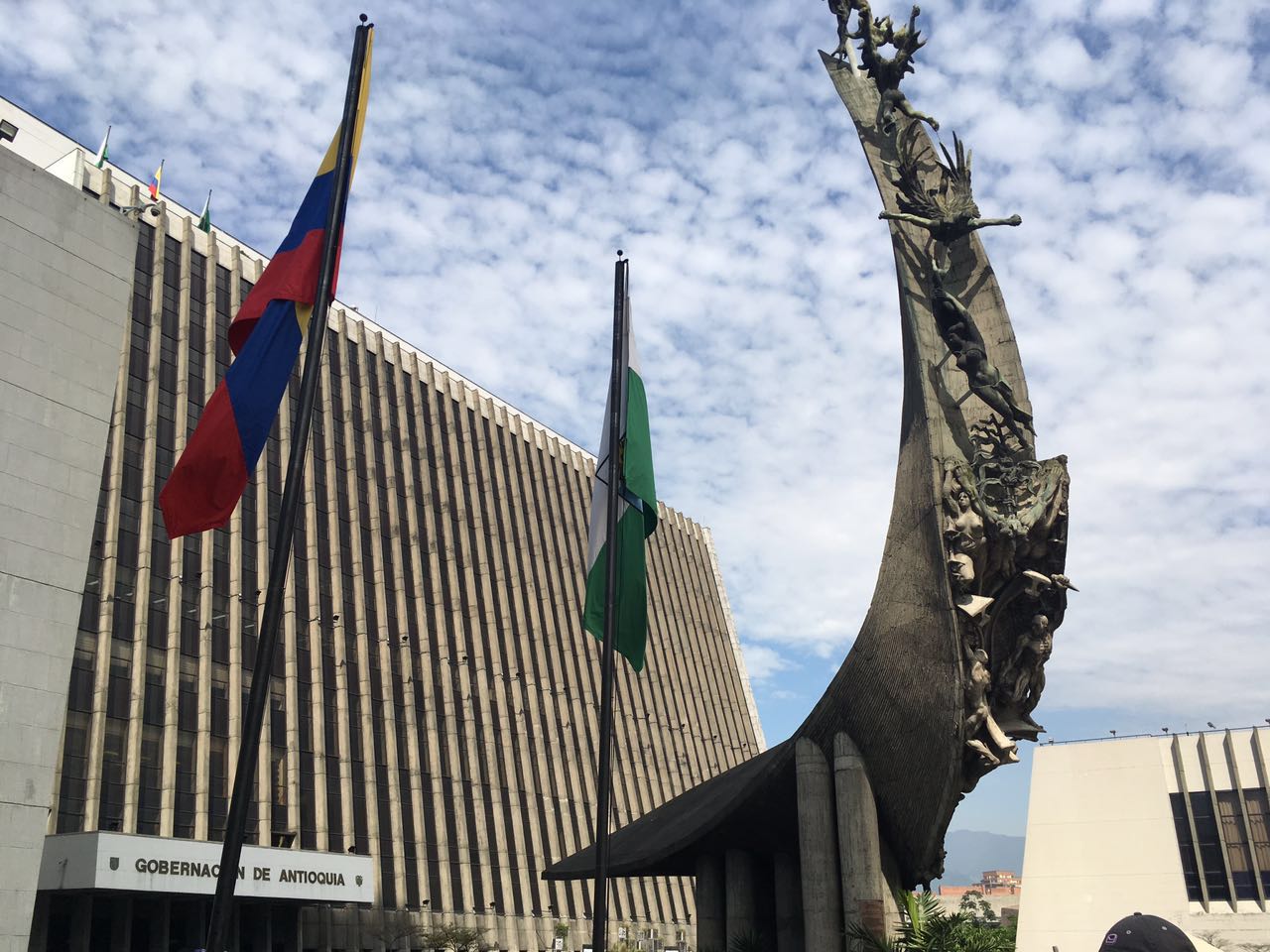 Our first destination is the government building of Antioquia and Medellin. (Antioquia is one of the 32 departments of Colombia, where Medellin serves as its capital.) We saw a sculpture in front of the government building called Monumento a la Raza (Monument to Race), which was built by Rodrigo Arenas Betancourt in honor of the history of Antioquia. 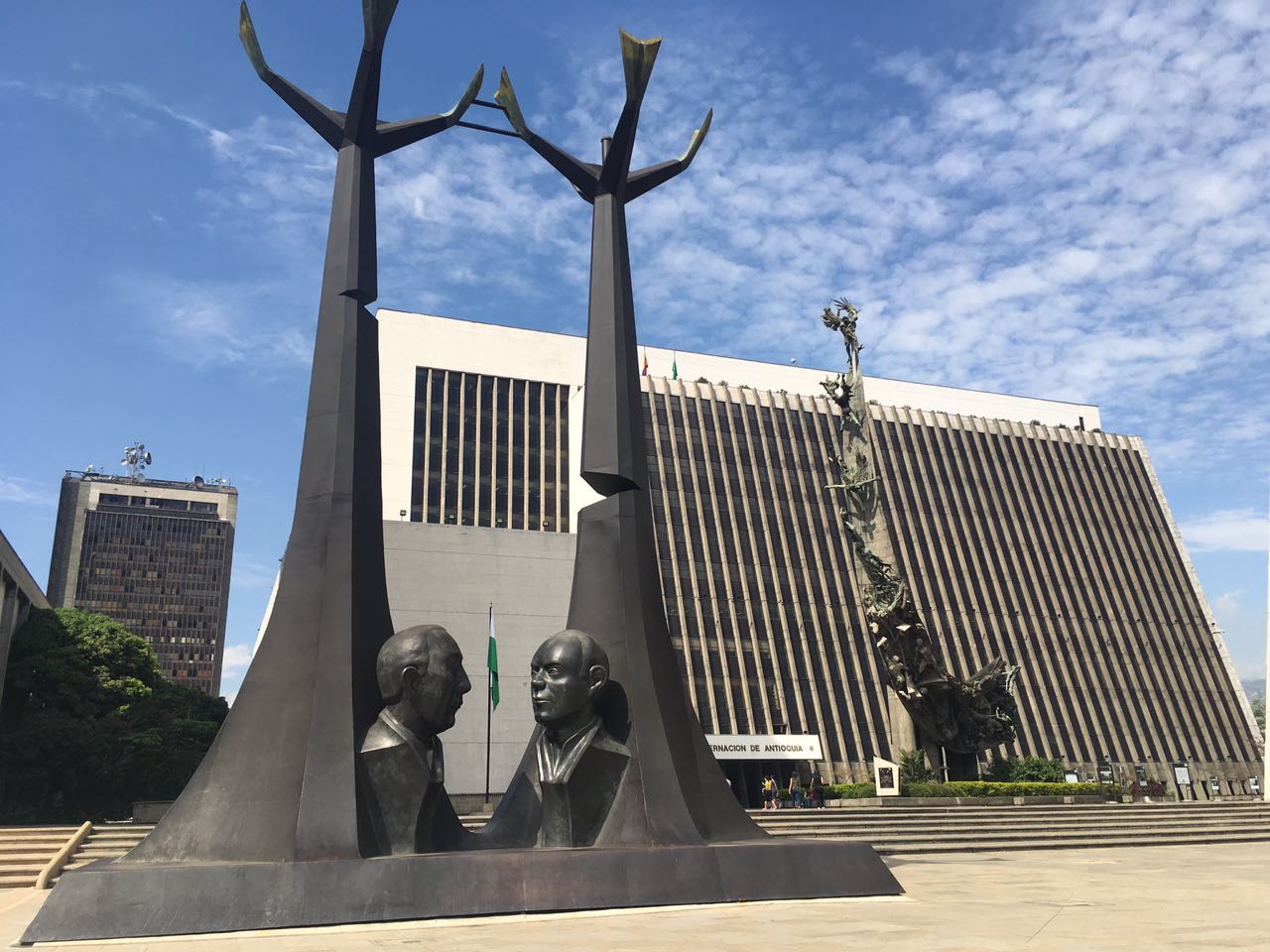 There is another sculpture at the very near place. Two men in the sculpture are Gilberto Echeverri Mejía and Guillermo Gaviria Correa, who used to be senior government officials in Antioquia. In the year 2001, they were kidnapped by FARC-EP, jailed in the forest, and murdered after one year. This sculpture symbolizes the danger and disturbance of Antioquia and Medellin during those days. Then, in the year 2004, the younger brother of Guillermo, Aníbal Gaviria Correa, was elected as the the governor of Antioquia Department. He was then elected at 2012 as the major of Medellin, and gradually transformed the it into a beautiful and safe city. 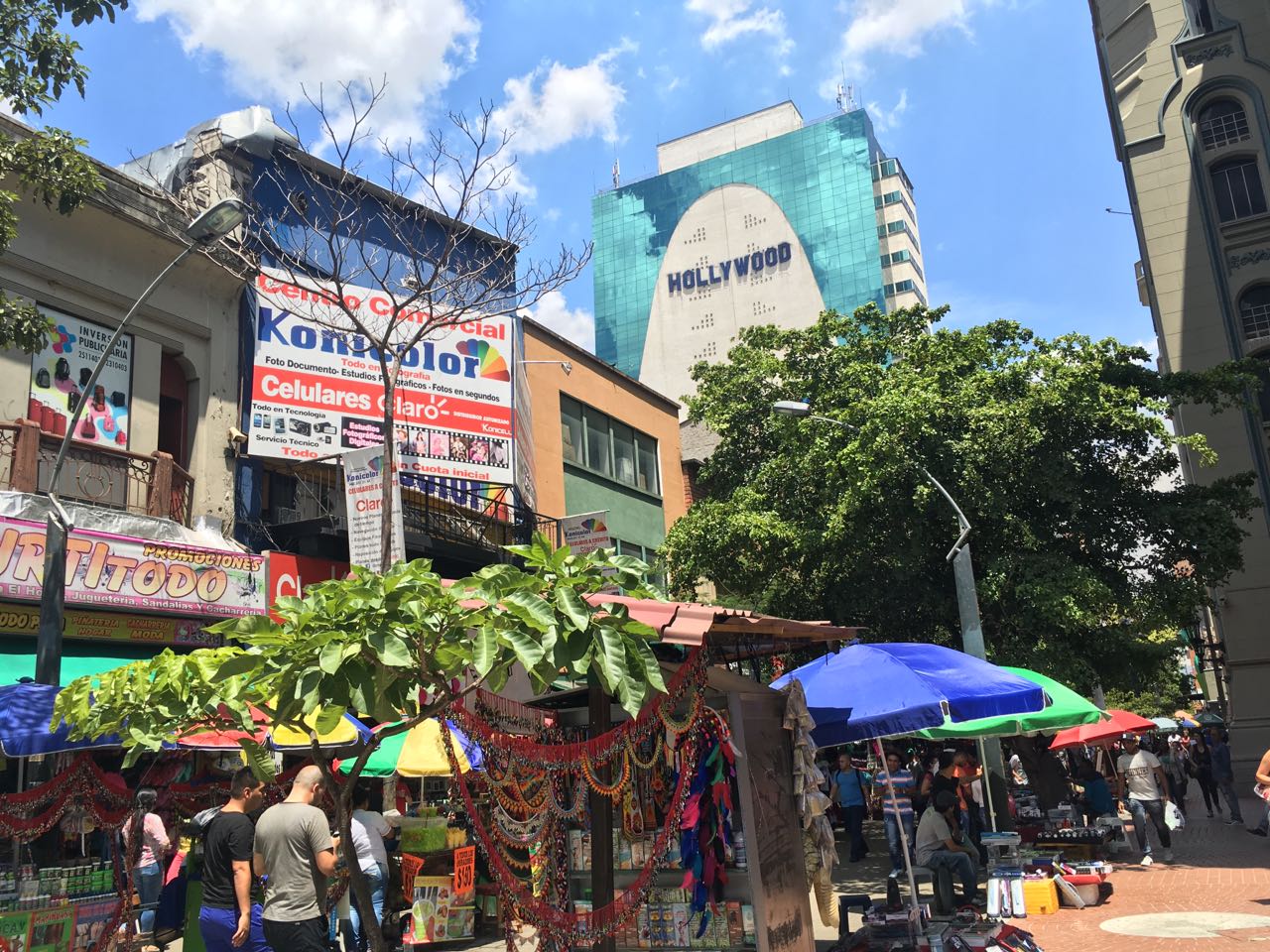 We then visited several other places, and walked all the way down though the city center. 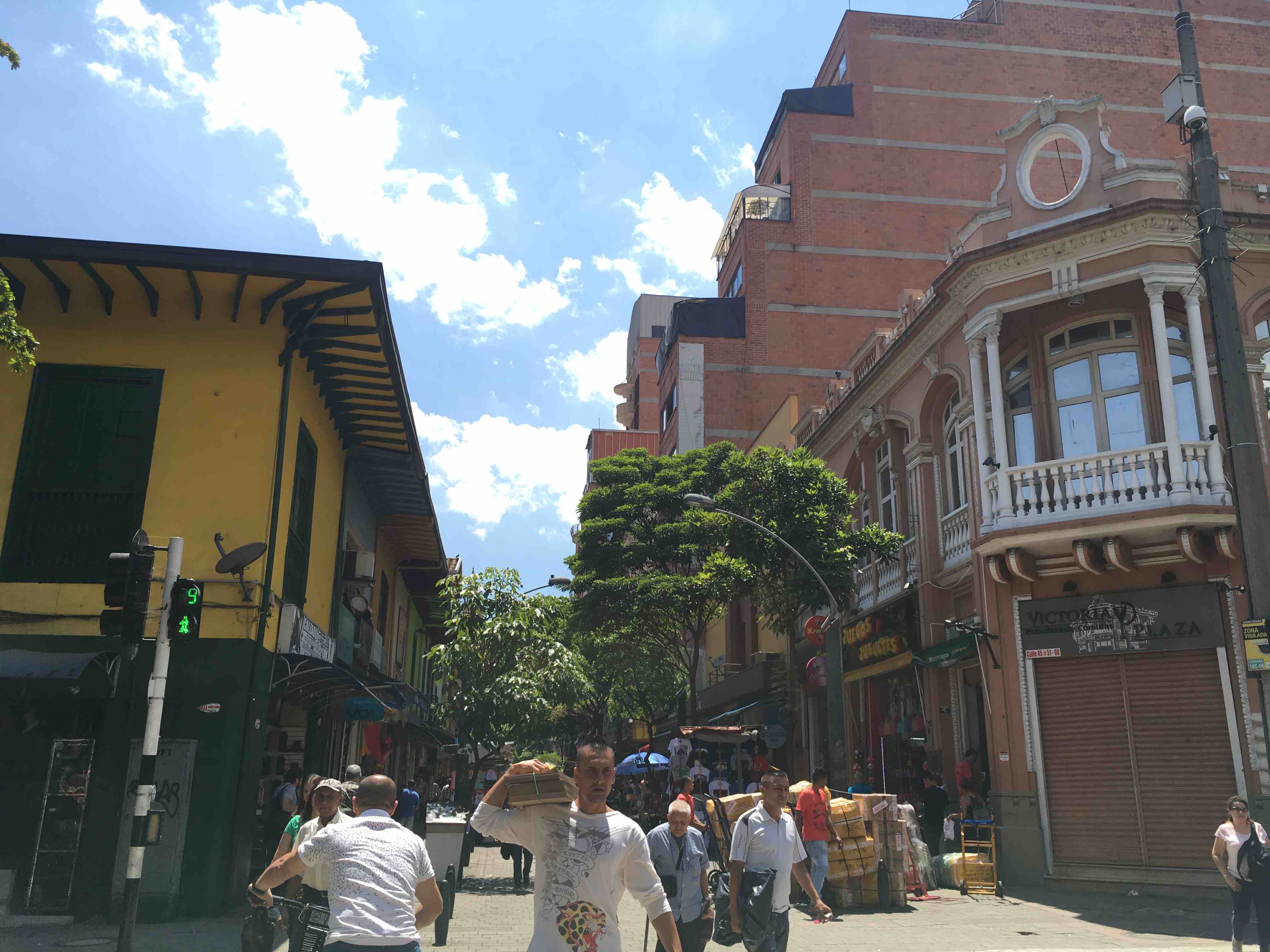 There were so many people on the street on the weekend! 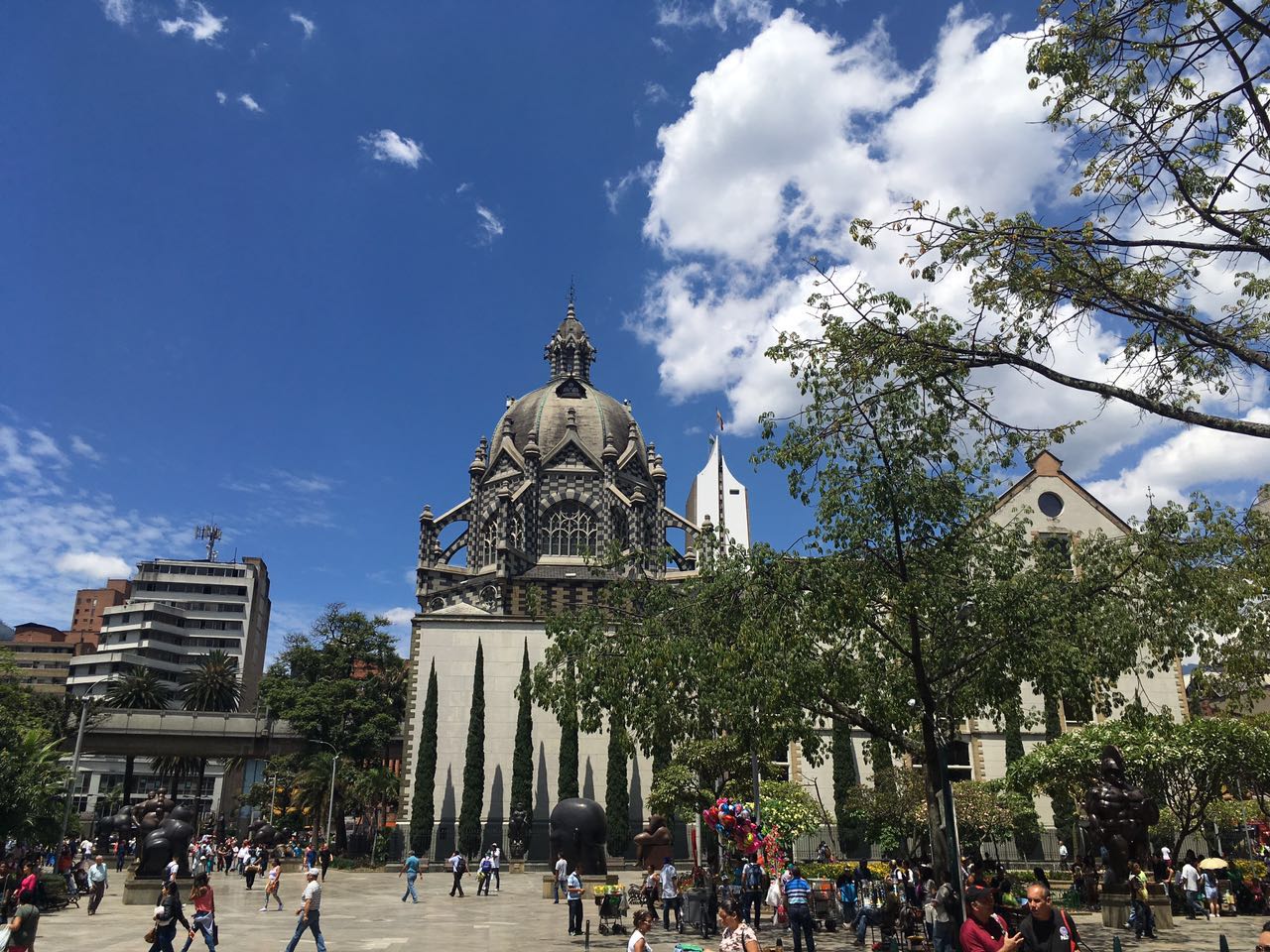 We then arrived at our final detination of the city tour. It’s a plaza with many structures by Fernando Botero. Botero Plaza should be one of the top places tourists would love to visit. There is a catholic cathedral on the plaza. 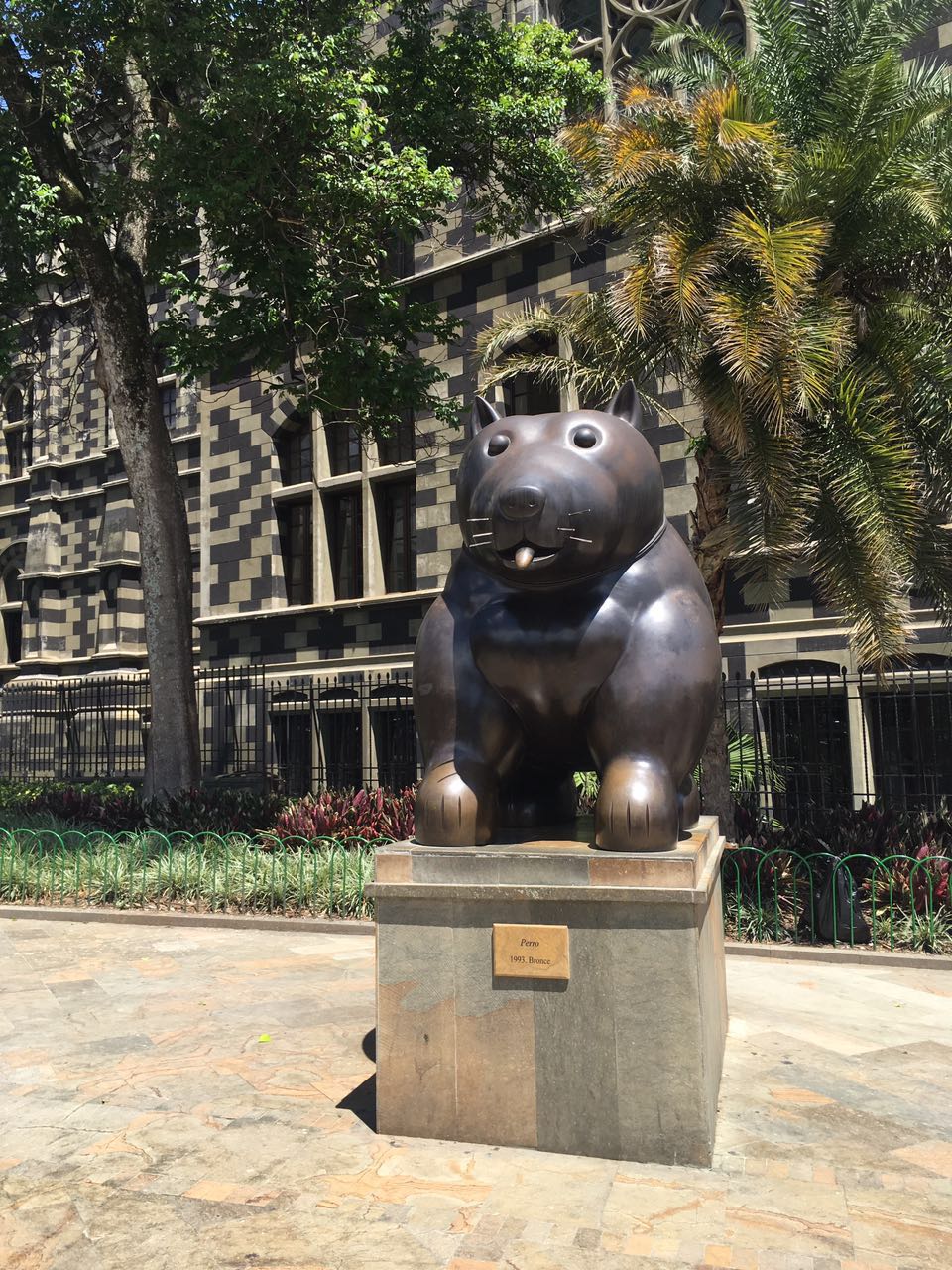 Botero is a Colombian artist not only famous in Latin America, but also all over the world. He created a “Boterismo” style which draws human and animals with hugh bodies. 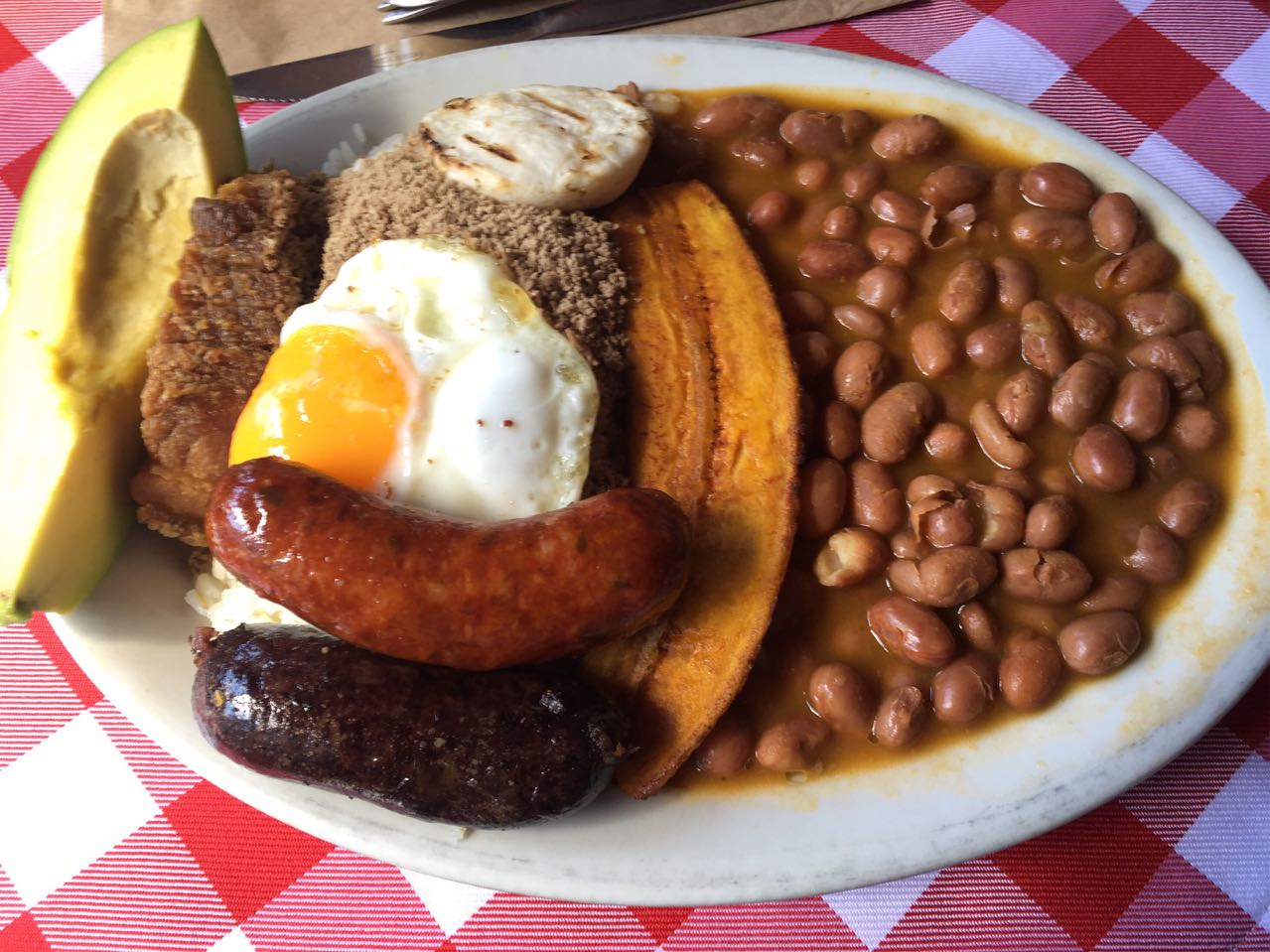 After the city tour we went to a nearby place for lunch. Again, I had a really large dish of traditional Colombian Bandeja paisa!! It was again sooo delicious.